By Mary Galloway, a lead scientist in the METER Food Research & Development Lab

The public is used to recalls tied to high-moisture foods such as melons, lettuce, and ice cream. But many people were shocked by the 2018 Salmonella outbreak attributed to Sugar Smacks cereal, the 2019 Salmonella outbreak tied to flour, and the 2021 E. Coli outbreak tied to cake mix. The assumption that there is no risk of microbial contamination in low-moisture and low-water activity foods has led to numerous foodborne illness outbreaks and recalls.

So why does the FDA use water activity limits as an acceptable standard to qualify for limited or no microbial testing in shelf-stable foods?

Before diving into this question, it’s important to note that moisture content and water activity are related but different concepts. Moisture content is a measure of how much water something contains. People often think of foods as “dry” or “wet,” but their capacity to support microbial growth doesn’t depend on how much water they contain. Instead, it depends on the energy, or water activity, of that water.

Water activity is a powerful concept because commonly occurring microbes stop growing at water activities below 0.70. That makes it easy to predict whether microbes can grow on or in a product.

This is the reason that the FDA, FSIS, USDA, and other safety- and standards-related bodies encourage manufacturers to control water activity in their products. It is an important way to safeguard food, but it may need to be combined with other practices to prevent foodborne illness. Lowering water activity by baking or drying places microorganisms in a state of stress. In response, the microorganisms develop mechanisms to survive in a dormant state, unable to grow, but viable.

To truly destroy microorganisms, a kill step must be used. But when a kill step is insufficient, as with heat-tolerant microorganisms, or when the product is re-contaminated after a sterilization has been performed, the manufacturer may have a false sense of safety.

It’s true that if a low-water activity environment is maintained, no microbial growth can occur. The problem arises when the contaminated low-moisture food is introduced into an environment of higher water activity where the microbes now have sufficient water and energy to grow and proliferate. In the case of breakfast cereal, this might happen when milk is added to cereal in the bowl. With flour, it might happen when the flour is used to make a batter or dough and is consumed while raw. In both these cases, over the course of time, the microbes can proliferate enough to cause a consumer to become ill.

If it’s not certain that a water activity below 0.70 can be maintained, the best way to guarantee safe food is by combining a kill step, or sterilization, with proper processing and packaging. Manufacturers may need to use both a kill step and low water activity to safeguard a shelf-stable product. These two food safety techniques enable the safe production and distribution of many intermediate-moisture foods that feed our world.

It’s shocking to hear about contamination of low-moisture products like flour and breakfast cereal, but as my colleague Gaylon Campbell says, it doesn’t contradict the basic science. “It’s a well-established fact that microbes can’t grow in low-water-activity foods, and I haven’t seen an exception to it. But although microbes can’t grow, they can survive in dry environments, and depending on what ultimately happens to the product, that can result in a dangerous situation.”

Water activity also has another, less well-understood role to play, this one during the sterilization of foods. One of the challenges of sterilization is that the water activity of the food must be relatively high during sterilization for the sterilization to be effective. This can be difficult to achieve even for high-moisture foods such as fresh meat that is being made into jerky. In the case of jerky, the water activity of the meat must exceed a certain level at the time the kill temperature is reached for the kill step to be effective. With higher-moisture foods, this often happens even when it is not being monitored, but there certainly are cases where the kill step is ineffective because the product was too dry when the correct temperature was reached. In the case of potentially contaminated low-moisture ingredients such as flour, the problem is much more difficult, because kill steps such as steam sterilization that increase water activity in the ingredient can also damage some of its important characteristics. As efforts to prevent food-borne illness become more sophisticated, understanding these effects will become increasingly important.

Recently published articles have seemed to call into question the effectiveness of water activity control in preserving intermediate moisture foods. That’s unfortunate, because in the fight against food-borne illness, we need every tool we have.

The key, as many have noted, is that we must use these tools correctly and in combination to maximize their effectiveness. Measuring and controlling water activity continues to be a powerful way to prevent microbial growth in intermediate- and low-moisture foods. 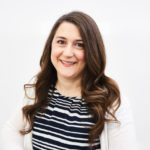 Mary Galloway is a lead scientist in the METER Food Research & Development Lab. She is a contributing author to several publications on water activity and dynamic dew point (DDI) isotherms in foods and pharmaceuticals and has also taught many webinars, seminars, and training courses explaining the theory and application of water activity. www.metergroup.com/food