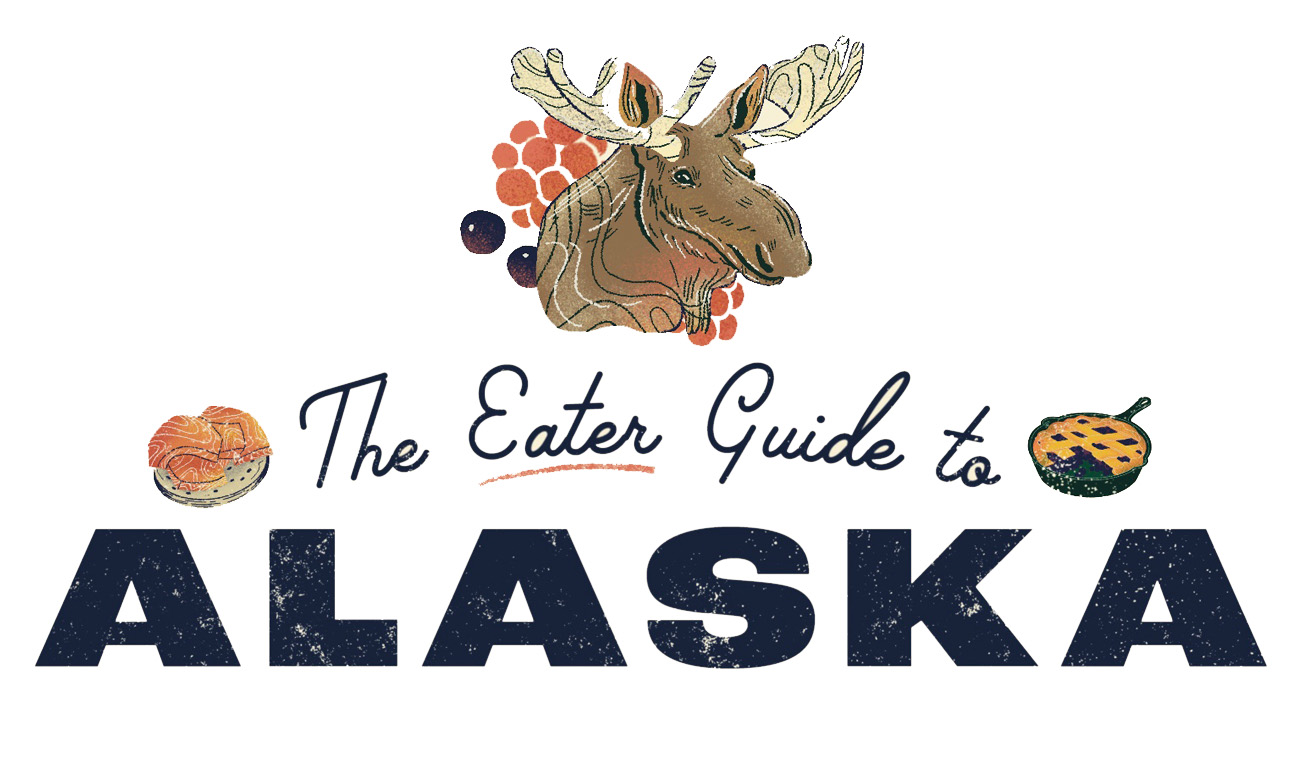 During the first year of my friendship with Swiss Pete, he repeatedly told me stories of McCarthy. A gorgeous seven-hour, 315-mile drive from where we were living in Anchorage deep into eastern Alaska, McCarthy is a tiny unincorporated town tucked into a stupendous, wild part of the state full of ice fields, high peaks, braided rivers, and boreal forest, home to a small cadre of hearty folk. Unpretentious and well off the beaten path, not to mention the grid, it sits past the end of a 60-mile gravel road that was once a railway near the toe of a massive (but melting) glacier in the middle of Wrangell-St. Elias National Park. The largest park in the U.S., it dwarfs the entire country of Switzerland, the place where Pete grew up and lived until he made his way to Alaska, his chosen home.

After months of McCarthy tales, I finally agreed to give Pete a ride out there and check the place out for myself. Pete had built a humble little cabin above Kennecott*, an old abandoned copper mine about five miles from central McCarthy. There was no vehicle bridge across the river then (the ones that exist now are private, and usable by locals for a fee), so the only way for most people to move anything into or out of McCarthy — unless it was small enough to haul across the pedestrian bridge — was during winter, when locals would plow a swath over the ice. We hoped to arrive in time to move Pete’s truck across the river, driving it from the McCarthy side over to the rest-of-the-world side, before the ice broke up in spring.

Pete confirmed the ice’s driveability a few days before we left, but by the time we arrived it was too late — the ice had broken up, stranding his truck in McCarthy for yet another season until next winter’s freeze. C’est la vie. So we parked at the end of the road beside the Kennicott River near the toe of the glacier and walked over the metal footbridge with our gear for the week in backpacks, and then onward another five miles to the otherworldly snowbound ghost town of Kennecott. There, I’d spend the next week living off mac and cheese and instant oatmeal and falling in love with the peculiar little town of McCarthy.

In the 20 years since that first trip with Pete, McCarthy has become my primary home — and home to an increasing number of adventurous travelers, seasonal workers, and other independently minded individuals looking to get really out there, and who ultimately never leave. Some come for the glaciers or the rivers or the stunning alpine country. Some come for the remarkable history of Kennecott and its early 20th century copper boom that ended abruptly in 1938, leaving behind a footprint that evolved into modern McCarthy. More and more, though, (and even more surprisingly) people are coming all the way out to McCarthy to eat. Word is spreading, even among Alaskans in other parts of the state, that McCarthy’s culinary attributes match its natural wonders.

When I first started coming here back in the early 2000s, the only real watering hole in town was the bar at the historic McCarthy Lodge. Today, in addition to a lauded fine dining restaurant, you’ll find a collection of uniquely ambitious food trucks, cafés, casual eateries, and more, all anchored by a vibrant and fiercely rooted community of business owners, chefs, and restaurateurs who have also chosen to make something delicious here. Tens of thousands of visitors trek out here every year, charmed by the quaint and rustic town inhabited by a mix of year-round and permanent seasonal residents.

“I’ve always had a vision of owning a restaurant,” says Joe Macchina, chef-owner of the Meatza Wagon in the heart of McCarthy. But he says his younger self wouldn’t have imagined that happening in this part of Alaska. “Being open minded and adventurous allowed that to happen,” he says. After a stint cheffing at the McCarthy Lodge, he opened the Meatza Wagon in 2015, a food truck serving a menu of nourishing comfort like meatball subs, pork carnitas, and seasonal specials like nasturtium-bedazzled souvlaki steak bowls (there are plenty of plant-based options, too). “The reason I’m so dope at what I do at the Meatza Wagon is because I love this place,” says Macchina.

The geography doesn’t exactly go easy on businesses that choose to operate in McCarthy. “I think we’re killing it for making it happen off grid with the menus that we have,” says Rebecca Bard, co-owner of the Potato, a (surprise) potato-themed restaurant in central McCarthy that doubles as an unofficial community center of sorts. Throw a dart at the Potato calendar and you’ll land on some summer concert or event. Hang out long enough and you’re likely to see just about every one of the 300 or so locals and all the visitors to wander through the valley each season.

But, as Bard explains, the challenges are real. “We pay for our own freight. It’s a logistical nightmare. When you’re out this far and don’t have certain items… people don’t understand that.” Still, she says it’s ultimately worth it. “I love the challenge and seeing people be so shocked that they can get good food out here in the middle of nowhere.”

At the heart of the Potato is chef Ian Gyori’s made-to-order hand-cut curly fries. Choose from regular or rosemary garlic varieties, straight up or buried as an ingredient inside a burrito. Hungover? Toss a couple eggs and jalapenos on top (Spudnik Supreme). The miso salad, complete with a soft boiled egg and lemon miso vinaigrette, hints at the ambition of the dinner specials, which often feature the Copper River’s famed local salmon or other fresh seafood.

McCarthy businesses operate seasonally, from Memorial Day through Labor Day weekend, more or less. Some of the smaller venues might not open till June. A few casual food options near the end of the road on the west side come in handy for those who are hungry, but who don’t want to hoof, bike, or shuttle it the mile to “town.” That includes Wild Dogs, a food truck hawking hot dogs, as well as reindeer sausages, at the end of the road by the footbridge and parking lot. The name is apt — plenty of canids including wolves, foxes, and coyotes roam the area.

Everything tastes better in the wilderness, but this still feels like an unlikely place to find a nationally acclaimed fine dining restaurant with an equally lauded chef. And yet here, two hours from the nearest stretch of pavement, sits Salmon & Bear Restaurant. The establishment at the McCarthy Lodge serves chef Joshua Slaughter’s brand of new-Alaska cuisine. “Sense of place through food is what the Salmon & Bear Restaurant is all about,” explains owner Neil Darish. In that spirit, the menu is formed around whatever can be foraged or found nearby such as chickweed, dandelions, morels, and berries, as well as local Copper River sockeye (a.k.a. red salmon), halibut, black cod, and rockfish. Fresh vegetables, chickens, eggs, and greens are grown and raised by neighbors around McCarthy.

Just down the porch from Salmon & Bear is the Lodge’s New Golden Saloon — the reincarnation of the original Golden Saloon that occupied part of a now-collapsed ruin a couple blocks away during the copper and gold rush era. Decades ago, the original bar was moved to the new lodge, the only place within a two-hour drive with a full liquor license. It, like the town itself, has expanded a lot over the years, adding a second large space, building out its deck, and clearing an outdoor performance area for live music on weekends and occasional open mic nights. The covered patio at the nearby Kennicott Glacier Lodge is equally happening. Here, in summer, hotel guests and the general public can come for delicious but simple lunch menus and prix-fixe family-style dinners, or just post up for a cold beer after a long hike to enjoy the view with some fellow travelers.

“There’s not a community like this in a place like this anywhere else,” says Kennecott resident and park geologist Mike Loso. After nearly two decades of living and working here, too, I can attest to that. McCarthy is a place way off the grid where self-reliant people choose to build lives on their own terms, trading convenience and ease for the kind of experiences the place provides. My former boss and longtime co-owner of St. Elias Alpine Guides, Wayne Marrs, puts it this way: “The hardship creates a filter for the type of person that’s here. They’re resourceful, hardworking, good salt-of-the-earth type of people.”

Swiss Pete eventually sold his cabin and gifted me his old generator and some tools that I used to build my own place a decade ago. He still comes around every year, though, and I look forward to grilling up salmon together and picking a salad from the garden to share over cold beers at my spot near McCarthy. Come fall, I use his old ax to split firewood and think of him as I feed the wood stove long after the tourists vanish and the restaurants close. The next time the ice melts, make the trek across the footbridge to explore this tight-knit, naturally blessed, exceptionally well-fed town for yourself.

*The spelling of Kenn·i/e·cott depends on if one’s naming natural features, like the valley, river, and glacier… or human features connected with the remains of the old Kennecott Copper Corporation.

Writer and publisher Jeremy Pataky splits his time between McCarthy and Anchorage, Alaska.
Nathaniel Wilder is a photographer from Anchorage who loves all things Alaska.
Fact checked by Victoria Petersen
Copy edited by Paola Banchero