You’ve probably heard a lot about the new plant-based foods — meatless beef and poultry and dairy-free milk, for example, but most people don’t know much, if anything, about them. In fact, the first time you heard about them, you might have said “Forget about that. If I want food, I want ‘real food.’ ”

But now that you’ve heard friends talk about plant-based foods or seen ads about them in restaurants or grocery stores, you can’t help but wonder if this — as crazy as it sounds — is here to stay. Or is it just one of those fads that burst onto the scene with a lot of hullabaloo and then disappear?

As for food safety, which is a major consumer concern, plant-based foods don’t involve slaughtering or butchering animals. In other words, no blood or guts here. But even so, basic food safety principles have to be followed. Keeping products and processing facilities clean and sanitary and keeping plant-based foods and ingredients away from products such as meat that could contaminate them with foodborne pathogens is essential.

The marketplace
When looking at the marketplace, some questions come to mind: “How popular are they? Are they healthy to eat? Are they good or bad for the environment?  And what do they cost  compared to ‘real food?’ ” And maybe more important to you as a consumer, do they taste good?

Good questions and ones that a lot of everyday shoppers are asking. And even some of the major producers are asking now that some are seeing declining sales.

A recently released report  (https://www.plantbasedfoods.org/2021-u-s-retail-sales-data-for-the-plant-based-foods-industry/) on how plant-based meats, poultry, milk, and eggs are faring in the marketplace has some answers to questions about each of the categories. And plenty of encouraging news for producers of plant-based foods. For example, overall, plant-based food retail sales have grown three times faster than total food retail sales, with most plant-based categories outpacing their conventional counterparts when it came to growth.

Released on March 24, the new data was collected by the Plant Based Foods Association (PBFA), The Good Food Institute (GFI), and SPINS.

Even so, there are other reports that show that the popularity and revenues of plant-based categories are slipping.

As for the future, for the most part, it will be in the consumers’ hands. What they buy and how much of it they buy will provide a lot of the answers about the industry’s future. We’re not there yet. 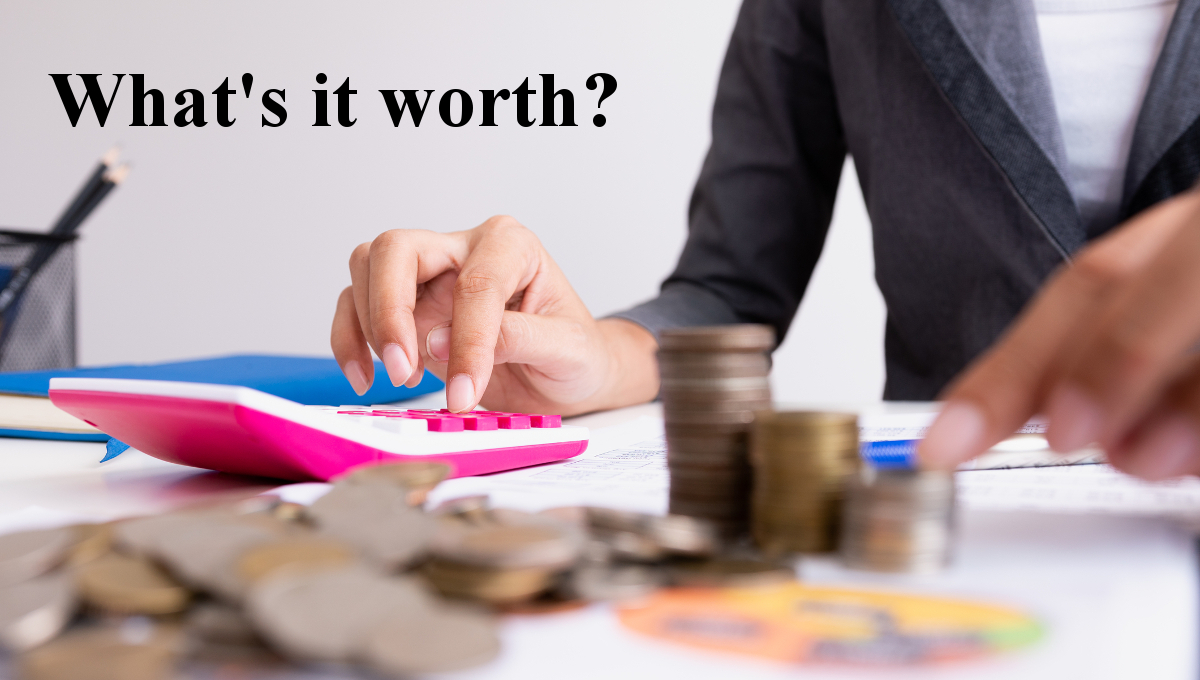 Contrasting predictions
In August 2021 the news was all rosy. According to a report from Bloomberg Intellingence, “Plant-Based Foods Poised for Explosive Growth,” the projected plant-based food market would make up 7.7 percent of the global protein market.

Also according to the report, global retail sales of plant-based food alternatives might even hit $162 billion by 2030 — up from $29.4 billion in 2020. That’s a lot of billions.

The report predicted that the two largest subcategories of plant-based alternatives — milk/dairy and meat — will continue to dominate sales in the segment.

While most people are familiar with plant-based milk — almond and soy milk, for example — meatless meats such as Beyond Meat burgers and Impossible Meats burgers are not as widely known by the general consumer, even though they are popular with consumers who’d rather eat less meat, are concerned about how meat animals are treated, and see advantages to the environment in having fewer animals on the land.

Even so, Jennifer Batashus, senior consumer staples analyst at Bloomberg Intelligence, went so far as to predict that plant-based protein alternatives will become a long-term option for consumers — not just in the United States but around the world as well.

But, then, by early 2022, the situation had taken a different tilt, with one headline declaring “Fake Meat is Bleeding Money.” The featured food item in the AgWeb article (https://www.agweb.com/news/livestock/beef/fake-meat-bleeding-money) was none other than Beyond Meat, hamburgers made with plant-based ingredients — in other words, no meat at all. According to the article, for three years the company has been bleeding cash. It’s gotten so bad that investors in the once trendy company have seen losses mounting.

Another major player acknowledged slowing growth. Based on that, the Canadian meat giant Maple Leaf will downgrade its 40 percent plant-based growth estimate to 10 percent to 15 percent.

All sorts of reasons come into play, among them the disruption the market suffered because of Covid-19. Then, too, other plant-based meat products are now available for consumers to choose from. But Beyond Meat company officials acknowledge that a major obstacle to sustained growth is that it remains higher priced than beef —as much as two times higher. Bottomline: Beyond Meat is still not meat. For many consumers, that’s a no-brainer of a reason to stick with meat.

Meanwhile, consumers still see meat as a major part of their shopping list. According to the 2022 Power of Meat report, (https://www.meatpoultry.com/articles/26302-sneak-peek-the-2022-power-of-meat-report) nearly all American households (98.5 percent) purchase meat, with volume sales up 3.9 percent for all meat compared to pre-pandemic levels.

And just this month, the United States and Japan hammered out an agreement that will allow for more beef exports into Japan. Why? Because demand for beef is so strong in that country.

The ‘new report’
Despite all sorts of up-and-down challenging economic conditions, among them them inflation, supply-chain problems (think ‘empty shelves’), and especially the pandemic, plant-based foods held on tight in 2021.

According to the report released on March 25 by the Plant Based Foods Association (PBFA), The Good Food Institute (GFI), and SPINS, U.S. retail sales of plant-based foods grew a hefty 6.2 percent in 2021 over a record year of growth in 2020. No small change here considering that it brought the total plant-based market value to an all-time high of $7.4 billion.

As for the ingredients, besides the traditional soy, wheat, and corn that used to be the staples for earlier versions of plant-based meats, newcomers like chickpea, mung bean, fava beans, mushrooms, sorghum, and barley are now on the list.

Here’s how the categories did, according to the recent report: 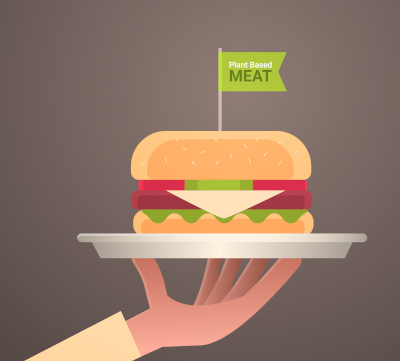 Meatless meats
Think meatless burgers, meatless chicken nuggets, and even meatless bacon. And more. There’s a surprisingly wide range of meatless items that consumers can now choose from either in a conventional grocery store —  or dining out at fast-food chains.

What about plant-based chorizo? Chipotle’s plant-based chorizo’s main ingredient is pea protein, and it’s flavored with chipotle peppers, tomato paste, garlic, smoked paprika, and olive oil. In addition to being certified vegan, the chorizo is also free of gluten and soy.

And what about jerky? Beyond Meat and PepsiCo recently announced the debut of plant-based jerky, the first snack made under a partnership between Beyond Meat and and the soft drink giant.

Data in the recently released report show that plant-based meat dollar sales in 2021 remained strong, delivering a repeat year of $1.4 billion in sales, and growing 74 percent in the past three years, outpacing growth of conventional meat by almost three times.

Not surprisingly, plant-based burgers lead the pack when it comes to sales in the plant-based meat category.

Even so, there’s now more to choose from. Variety is the spice of life, and that’s what consumers are looking for. What about some plant-based meatballs, chicken nuggets, tenders and cutlets — and even some deli slices. These were the fastest growing plant-based meat items in 2021.

McDonald’s is even getting into the game, with some of its restaurants testing a McPlant burger.

Meanwhile, a relative newcomer into the game, plant-based seafood grew 14 percent, hitting a whopping $14 million. The future in this category beckons. 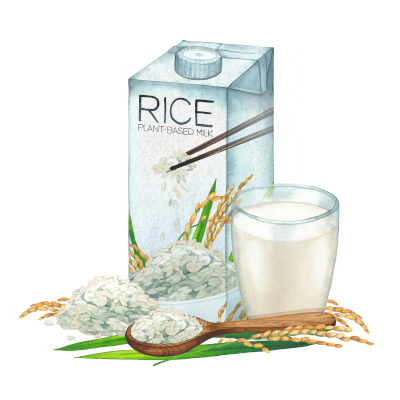 Plant-based milk
Already a major player, plant-based milk saw its sales grow 4 percent and 33 percent in the past three years to an impressive $2.6 billion.

All the more impressive considering that animal-based milk sales fell 2 percent in 2021.

Representing 16 percent of all retail milk dollars, plant-based milk, is referred to as the “growth engine” of the milk category. As such it contributes $105 million in growth, compared to a loss of $264 million in animal milk sales.

According to the Natural Enhanced Channel, plant-based milk represents 40 percent of all milk sold, up from 34 percent in 2018.

Of course, there’s more to milk than a glass of milk. Plant-based milk opens the way to a host of popular dairy products — none of them made with cow’s milk.

“No cholesterol,” it says. “No industrial chicken farms. No artificial flavors. Just really delicious eggs made from plants.”

You can use plant-based eggs to make all sorts of popular dishes — scrambled eggs as a starter, omelettes, French toast, quiches and soufflés.

With some consumers looking for what they consider a healthier “egg choice,” it’s no surprise that the plant-based egg category also enjoyed rapid growth in 2021, recording a 42 percent increase in dollar sales.

According to the report, plant-based egg dollar sales have grown more that 1,000 percent. At the same time, conventional egg dollars declined by 4 percent in 2021. 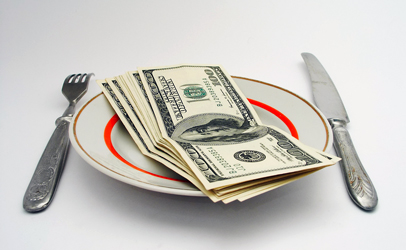 Consumers with dollars
According to the report, 62 percent, or 79 million, U.S. households are now buying plant-based products —an increase from 61 percent the previous year.

And they point to who these consumers are and what’s motivating them.

For example, consumers, particularly Millennials ages 26-41 and Gen Z ages 10-25, are motivated by an interest in foods that are better for their health and deliver on positive environmental impact and social responsibility.

That’s why leaders in this sector say this is important to keep an eye on what’s happening in all parts of the grocery store and in restaurants in general. It’s a new day, they say, and no one wants to be left behind.

Voice of a beef raiser
Western Washington cattleman Larry Gadbois is definitely not part of corporate agriculture. His herd, which includes 65 mother cows, is grass fed, and the hay he raises for the animals and also to help meet expenses is organic. He’s been a cattleman for decades and takes pride in his cows and his hay.

He admits he hasn’t kept up-to-date about plant-based beef. After all, his cattle operation keeps him plenty busy. But he has heard you can go into Burger King and get a burger that’s not made of meat.

“There’s probably going to be a place for plant-based meats,” he said. “You’ve always got someone looking for something different. And there are the people who don’t want animals to be killed. Right now there’s a lot of experimentation going on. People will want to try it, but how many people will actually settle into it. That’s the important question.”

As far as he’s concerned, the real question is “How long is this going to last?”

Is he worried that this “meatless” option is going to hurt his business?

“I do worry about it a little bit, but that’s where it ends,” he said.

For him, there are a some dark clouds looming over small-scale operations like his that have him plenty worried.

“It’s very challenging,” he said. “We need the small farmer, but we’re being forced out. You have to be bigger to get good prices at the auction.”

“There will always be beef,” he said. “But the real question is who’s going to be able to afford it.”