Just like any good emblem of leisure, the spritz resists order. While a rough template exists for the traditional Italian aperitivo, it’s not prescriptive—rather, the ritual is of paramount importance. It is a drink to be indulged on sun-drenched terraces, to impart hazy buzzes, to encourage lingering.

Perhaps, though, the symbol of aperitivo culture has proven to be too easygoing. In the years since the Aperol Spritz took up the mantle as the consummate summer drink and codified a formula for its family at large—three parts prosecco, two parts bitter liqueur and one part soda—the word “spritz” has proliferated. And while the adaptable pre-dinner cocktail carries few requirements, ready-to-drink (RTD) brands have managed to defy them, co-opting its name and deploying it on a seemingly endless range of sparkling drinks. These days, you’ll find everything from 6 percent-ABV fruit-flavored sparkling wines, to rum-based cocktails, to hard seltzers marketed as spritzes—and, less frequently, the prototype itself.

“I’m not a person who believes in too many rules,” says Natasha David, the author of Drink Lightly and former owner of New York City’s now-shuttered Nitecap, which dedicated a section of its menu to spritzes. “I think cocktails and food should be fun, and I think people should be given creative leeway because that’s what drinking should be all about,” she continues. “But there are certain things that spritz does have to have.”

This isn’t the first time a drink trend has spiraled so fully out of control. While decidedly modern in its current iteration, the phenomenon has a precedent. The spritz is perhaps the new Martini—or ’tini, as the drink came to be known a few decades back, when any alcoholic concoction served in a stemmed V-shaped glass could call itself such. At the time, the vessel wasn’t in regular circulation the way it is today. “That glass sat on the backbar, and it was usually really sticky and covered in dust,” recalls Jeffrey Morgenthaler, a Portland-based bartender and author of The Bar Book and Drinking Distilled. “It just didn’t get used.”

That is, until the careening ’tini craze bewitched the nation in the 1990s. The question of vodka or gin was no longer relevant—in the sickly, creamy, colorful riffs born out of the fad, the base spirit was barely perceptible. (Also, the answer was vodka.) There were the Appletini and the lychee Martini, as well as the breakfast and chocolate. Across the pond, Brits developed a liking for fruit-forward variations, in particular the watermelon Martini. Even cocktails that predated the craze found themselves swept up in the madness. It was during the ’90s that the Vodka Espresso, created the decade before, discarded its given name and embraced its current identity: the Espresso Martini.

“Light and punchy, ‘spritz’ springs off your lips… It’s not banal like ‘sparkling,’ nor inane like ‘bubbly.’ It’s also, crucially, a noun.”

While some bartenders point to specific riffs—such as the Hennessy Martini and the French—that served as the fad’s catalyst, the furor arguably arose in response to the unserious drinking culture of the prior decade. The ’80s was the era of bottled wine coolers, Midori, blatantly bawdy monikers, cream on crème. It’s not hard to deduce why, all of a sudden, everyone wanted to sip on their favorite dessert-inspired cocktails out of a delicate stemmed glass: It exuded elegance, even when its rim was embellished with shaved milk chocolate or the liquid inside appeared radioactive.

With the spritz, the vessel bears little significance. Rather, it’s the drink’s evocative name that has demonstrable pop culture appeal. Light and punchy, “spritz” springs off your lips, whereas other common descriptors that indicate effervescence ironically fall flat. It’s not banal like “sparkling,” nor inane like “bubbly.” It’s also, crucially, a noun—and even more importantly, associated with the first spritz that overtook the country in earnest more than five years ago. It’s proven: “Spritz” sells. Last year, Yes Way Rosé saw a nearly 50 percent increase in its dedicated line, which at the time featured a pink lemonade and peach-ginger wine spritzer.

While the ’tini craze arose largely organically, the spritz trend was manufactured—exclusively and cleverly by Aperol’s maker. Targeting image-obsessed millennials and those just past the cutoff, Campari America dispatched orange booths and buses to New York City and the Hamptons—and later, other destinations that seemed propitious—to sell drinks and branded merch. Between the summers of 2017 and 2018, Aperol sales soared—an increase of 48 percent, Nielsen reported at the time. “Suddenly, the drink was everywhere,” recalls David. Even in its home country, it was Campari’s aggressive marketing campaign that propelled the drink from beloved aperitivo to the most popular drink in Italy.

And then the trend went fully off the rails. In the years since, a growing number of RTD brands and opportunistic liquor companies have co-opted the word “spritz” and slapped it on all genres of drinks in an attempt to catch the iconic spritz’s coattails. It’s lawless out there. Many cans marketed as spritzes are essentially highballs, featuring gin, vodka and other hard liquors incompatible with the spritz’s few requirements. One ungovernable RTD brand sells a line of classic cocktail–inspired spritzes: a Paloma Spritz, a Margarita Spritz, a Bellini Spritz, a Mimosa Spritz and a Sangria Spritz, all built on a base of organic wine. Looking for something more tropical? Crack open a pineapple- and guava-flavored Vodka Tea Spritz, belonging to the spirits-and-tea-based line of hard seltzer released earlier this year by Svedka. If you visit the U.K., you can sip on Malibu’s Strawberry Spritz, a rum-based cocktail packaged in a sparkling wine bottle. 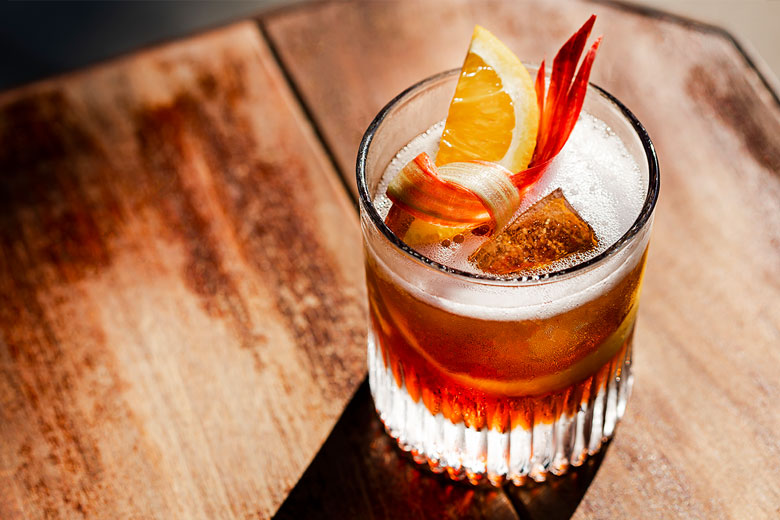 This Is a Spritz

Twenty-one true-to-their-name recipes that embrace the effortless structure of the Italian classic.

Of course, not all fake spritzes are so flagrant. When Jordan Salcito, the founder of canned spritz brand Ramona, “started noticing things that had nothing to do with the spritzes calling themselves spritzes,” she recalls “seeing it particularly with wineries that seemed to want into the spritz space.” She elaborates: “They just took wine and then diluted it and called it a spritz.” And within the spritz furor, this is a veritable subtrend. Many drinks billed as spritzes satisfy two out of three of the aperitivo’s imperatives: that it be effervescent and low ABV. It’s the third essential quality, bitterness, that’s often missing.

At least in some cases, that’s intentional. After Ben Soffer coined the term “Spritz SZN” on his massively popular Instagram, @BoyWithNoJob, he set out to create a line of canned spritzes to suit the typical American palate, with its mild aversion to bitterness. It was never his goal to sell traditional Italian aperitivos—his vision, instead, was “less Italy,” more “spritzing in Texas” or anywhere that isn’t a coastal big city.

“There’s a reason why traditional spritzes didn’t penetrate throughout the United States,” he says. “It’s because they’re too bitter” for the average American drinker. To ensure his riffs on the spritz were more widely approachable, Soffer tapped his devoted following, essentially crowdsourcing R&D. “I went to my community and put together a Google form asking them their opinions on logos, flavors, can designs, alcohol percentage,” he says. Today, Spritz Society—which owns the Instagram handle @spritz—has five wine-based, fruit-flavored offerings.

While the spiraling trend may grate on traditionalists, its progression is predictable. The more successful a fad, the further it diverges from its source material. And if the spritz-’tini parallel holds true, its overall influence on drinking culture won’t be detrimental. Had the ’tini craze not exploded the way it did, Morgenthaler believes “we wouldn’t have had a classic cocktail renaissance.” And it’s not like the classic Martini suffered lasting reputational damage following the craze—conversely, the stiff drink is more popular than ever. Considering the Aperol Spritz is the only one of its kind to thrive stateside, the ersatz spritzes are unlikely to have much impact on the prototype. Rather, their lasting influence will likely be on drinking culture.

“Aperol introduced a completely different style of drinking that isn’t frat-culture drinking, which is so prevalent in America,” says David. “I hope that means in the next five or 10 years, we’re embracing the whole culture of the spritz—not just the catch word.”