As you stroll across the colorful plaza just off of Disneyland Park’s Main Street U.S.A., the oil-drenched scent of crispy fried chicken hits the nose instantly. Wafting out of the pink three-tiered Victorian mansion known as the Plaza Inn, the fried chicken dinner at Disneyland is one of the 66-year-old park’s most sought-after offerings. It is also, arguably, its most iconic because it was a favorite of Disneyland founder Walt Disney. Most importantly, though, it’s a dining essential for the millions of people who visit the “Happiest Place on Earth” each year. 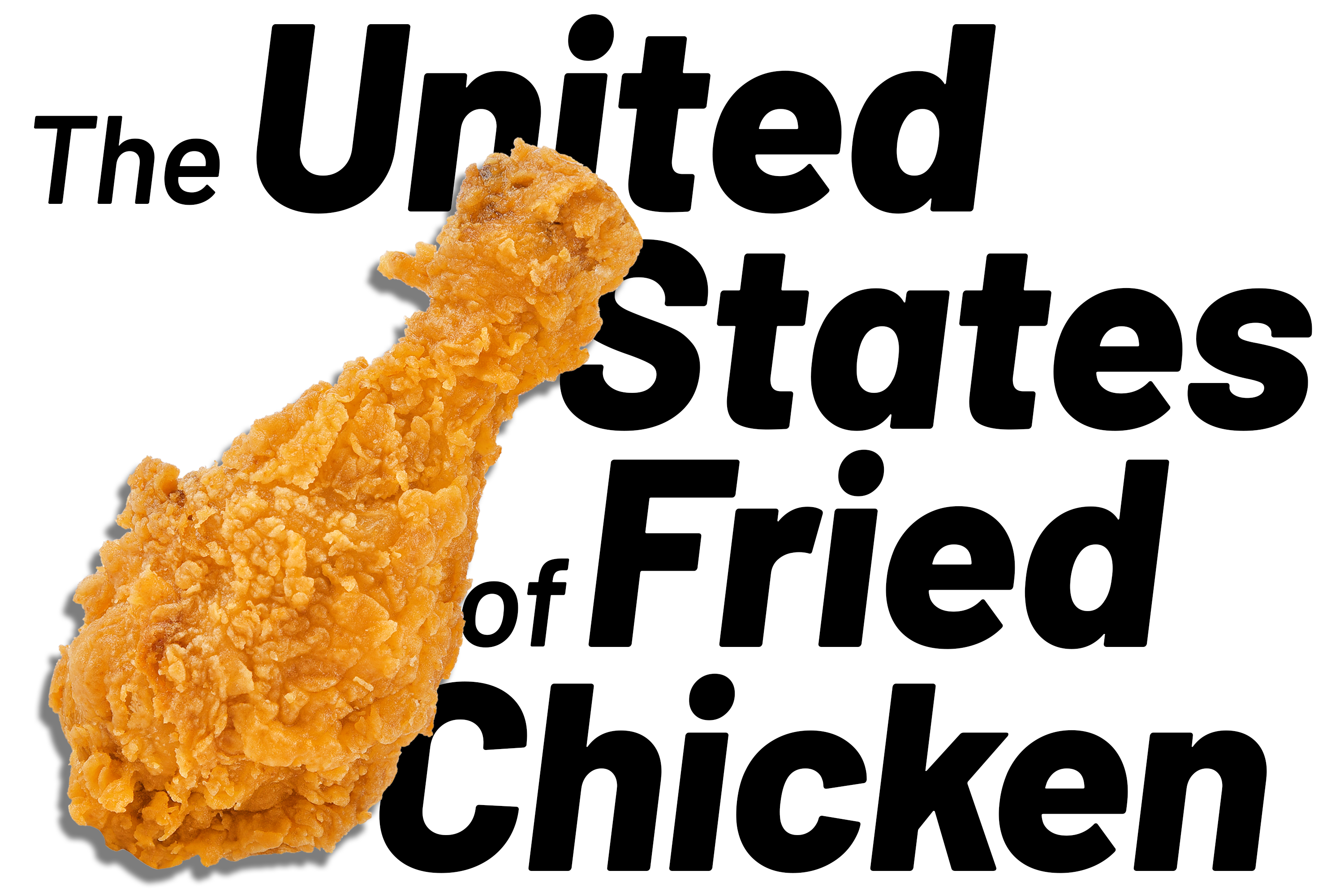 A few miles away, one of America’s first theme parks — Knott’s Berry Farm — got its start as a bustling fried chicken restaurant. Opened in 1920 in Buena Park, California, the park was originally a berry farm. At the entrance sat Mrs. Knott’s Chicken Dinner Restaurant, which, starting in 1934, served steaming plates of fried chicken, buttermilk biscuits, and, of course, boysenberry pies. By 1940, the restaurant inside what was once the Knott family home had become a phenomenon, selling up to 4,000 chicken dinners each Sunday. Eighty-some years later, the fully fledged theme park welcomes over 5 million visitors from all over the world each year, according to Knott’s, and sells upward of 1,000 chicken dinners daily.

“It is just nonstop fried chicken,” says Carlye Wisel, a theme park expert and journalist who’s written extensively about Knott’s Berry Farm and Disneyland. “And as my husband describes it, it’s ‘just fine’ fried chicken. It’s kind of like pizza in the sense that even if it’s not great, it’s still pretty good — because it’s fried chicken.”

More than a century after the founding of Knott’s Berry Farm and almost 70 years after the opening of Disneyland, fried chicken remains a staple at theme parks nationwide. “Chicken is one of those foods that travels well. It’s easy to produce. If you’re at a theme park and you’re hungry, a drumstick or a wing is quick and easy to eat,” says Dr. Psyche Williams-Forson, chair of American Studies at the University of Maryland and the author of Building Houses Out of Chicken Legs: Black Women, Food and Power. “It’s also flavorful and filling and feels like a comfort food.” Most of the country’s largest amusement destinations now boast some sort of fried chicken on their menus, from the basic boneless nuggets at parks like Six Flags to the beloved fried chicken platters at Disneyland’s Plaza Inn.

Disneyland — and historic amusement parks like it — aren’t just peddling family fun and fried foods. They’re also manufacturing a highly romanticized version of America’s past through stories of American exceptionalism, often centered around the decades just before and after the turn of the 20th century. After hitting Victorian-era Main Street U.S.A., Disneyland parkgoers can stroll through Frontierland, with attractions glorifying the “Pioneering fun” of the mostly European western migration in the 1800s. At Tennessee’s Dollywood, you can start with a ride on an antique steam engine train (a proud symbol of manifest destiny) and end inside a replica of an old country chapel (a nod to folksy moral purity). Just outside Branson, Missouri, Silver Dollar City features working blacksmiths, candle dippers, a covered wagon ride, and a paddleboat dinner cruise all dedicated to the American “spirit of adventure.” Across America, amusement parks draw millions of visitors each year with a mix of family-friendly fun, “simpler times” nostalgia, and an opportunity to revel in a “shared” national identity. But these versions of history have been heavily edited and sanitized, reflecting a very narrow experience of an even narrower swath of people and begging the question: Whom, exactly, is this nostalgia really for?

The same can be asked of the parks’ favorite food, too. No dish more accurately evokes the complicated history of Americana, or classic American culture, than a plate of battered and fried yardbird — but that nostalgia is rooted in a time when “Americana” really meant “white America.” “Fried chicken is a dish that gets to be beloved by white folk as a piece of Americana, when really it’s way deeper than that,” says chef and writer Amethyst Ganaway. “This is my opinion, but for old white people, fried chicken brings nostalgia in the same way that old white people love to visit Charleston, [South Carolina].… A lot of those nostalgic feelings don’t come from their grandmas making them fried chicken because their grandmas probably learned to make it from a Black person. It’s rooted in their racism.”

Fried chicken was popularized in America by former African slaves. Its exact origins remain unclear, though the technique has possible roots in Senegalese chicken yassa, or stewing fried pieces of meat in a flavorful sauce. At the beginning of the 20th century, fried chicken was viewed as a “lesser” food and used as a way to malign Black people in this country, due in large part to a scene in the horrifically racist 1915 film The Birth of a Nation that depicts actors portraying rowdy Black elected officials, one of them eating fried chicken “ostentatiously.”

Following a period of World War II red meat rationing, in which chicken became a popular protein in the United States by necessity, fried chicken underwent a cultural revamp, moving outside the realm of Black Southern cuisine and into the popular consciousness as a cheap, hearty meal. By the 1950s, “there were a lot of transitions happening. It was the Electrolux and Tupperware era, with all kinds of material goods being mass-produced and disseminated for the first time,” says Williams-Forson. “It was also right after the end of World War II, when African-Americans served as cooks during the war, often preparing fried chicken.” As soldiers returned home from the war and food rationing restrictions ended, fried chicken saw a rise in prominence across the country. Colonel Harland Sanders would franchise out his recipe for “Kentucky Fried Chicken” for the first time in 1952.

It just so happened that at the same time, the country was entering a second golden age of the amusement park. Postwar America was in the midst of a new era of economic prosperity — including for Black Americans — and some people now had the financial means to take vacations with their families. Theme park proprietors embraced the lure of Americana in an effort to draw big, mostly white crowds.

And as the American economy boomed, so did the bountiful family-style spreads of fried chicken on theme park tables across the country. Three years after Disneyland opened, Paul Bunyan’s Cook Shanty opened in 1958 near the picturesque Wisconsin Dells, a tiny vacation destination known as the Waterpark Capital of the World that attracts more than 4 million tourists each year. The establishment, inspired by a mythically strong lumberjack, served all-you-can-eat fried chicken dinners to patrons for more than 60 years. (Recent pandemic-related staffing shortages have forced the restaurant to close for lunch and dinner, and take fried chicken off the menu, much to the disappointment of Dells regulars.) Silver Dollar City launched in 1960, and its Southern Gospel Picnic at the House of Chicken and Fixin’s features a buffet — the ultimate signal of abundance, another national value — of “Miss Molly’s famous fried chicken” and sides.

America’s love of excess was matched by its soft spot for the past. In 1986, country singer Dolly Parton partnered with an old Tennessee theme park and rebranded it Dollywood, where she still serves up heaping plates of her mother’s famous recipe for fried chicken. Available inside Aunt Granny’s Restaurant, the Southern-style chicken here is seasoned with paprika and cayenne pepper, fried to a crisp, then served family-style with sides like mashed potatoes, green beans, and cornbread. When Walt Disney opened Disneyland in 1955, chicken was on the menu at the 1890s-themed restaurant the Red Wagon Inn, the park’s first sit-down dinner establishment. Now called the Plaza Inn, the restaurant still serves three chicken pieces pressure-fried to a golden-brown crisp alongside mashed potatoes, veggies, and a fluffy buttermilk biscuit — for a cool $18.99. “People who visit Disneyland starting when they’re a young child grow up and bring their children there, and maybe even their children’s children,” says Wisel. “People feel tied to it. It’s a generational thing, and I think a lot of its fandom is rooted in the people who went there as a child and fell in love with the park — and its fried chicken.”

By the mid-1960s, fried chicken was being used to sell everything from Mrs. Tucker’s shortening in the Saturday Evening Post to Banquet frozen dinners offering a taste of this down-home favorite without all the flour and frying. By 1974 Kentucky Fried Chicken, the country’s first major fried chicken chain, was already taking its product international, expanding to Canada, the United Kingdom, and Jamaica. “When big brands saw how Kentucky Fried Chicken was able to mass-produce a meal that was recognizable and a comfort food for so many people, it was a no-brainer to add those items to their menus,” says Ganaway.

Today, Southern-style fried chicken continues to be a staple for almost any business trying to tap into a sense of quaint, old-fashioned family fun. But the truth is, for many nonwhite consumers, “old-fashioned” does not equate to fun — not even close. A bitter reality underlies the charming trappings of this manufactured Americana, even if theme parks have done their best to sweep the horror of our history under the rug. It’s especially bizarre considering that, now for multiple generations, Americans of all backgrounds have made their own happy fried chicken memories at places like Knott’s Berry Farm and Disneyland. That’s the nostalgia they’re trying to tap back into and happily pay more than $100 a ticket for — plus $18.99 for fried chicken.