The Caribbean is not prepared to tackle the potential food safety impacts of climate change, according to experts.

Ronald Roopnarine, from the University of West Indies, said in reality the region is not climate present ready, never mind being climate change ready.

Renata Clarke, of the Food and Agriculture Organization of the United Nations (FAO), said the bottom line was the Caribbean was not able to ensure food safety in such a dynamic context.

“All of the very common problems still exist, many countries are still seeking to assess and adjust legal and institutional frameworks to set the rules for how governments can ensure the safety of food systems. There are varying degrees of progress and some countries are ahead of others,” she said.

More needs to be done
Roopnarine and Clarke were speaking in one of a series of webinars on climate change organized by the Standards and Trade Development Facility (STDF), which runs projects to improve food safety in developing countries. STDF was established by the FAO, World Organization for Animal Health (OIE), World Bank Group, the World Health Organization (WHO) and World Trade Organization (WTO).

“In the context of climate change we are seeing many things are changing, so we can’t keep doing the same things and expect to be assuring the same level of food safety,” said Clarke.

“We are not even doing the standard things that happen in many parts of the world in terms of regular surveillance and checks and balances. We are not in a position to understand and to see where changes are arising. The lack of data means people don’t see a problem. Why invest in food safety when we have other pressing problems?

“We need One Health approaches, in the Caribbean we tend to be siloed — there isn’t a lot of sharing of perspectives and data. We need to be collecting data to understand baselines and pick up changes, precisely what we are not doing enough of.

“We need collaboration among sectors and countries because when resources are slim we could do more if we planned priorities together, shared data and divided up the work and this is not happening. What is happening, particularly during COVID-19, is a renaissance of agriculture, many of us import 80 to 90 percent of what we consume and when supply chains were so compromised all countries said we need to be producing more.” 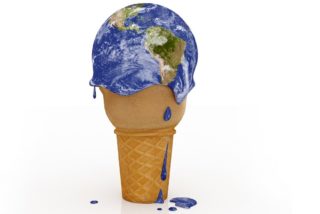 A case study looked at food safety in the Caribbean using Bahamas, Barbados and Trinidad and Tobago as examples.

“The main concerns are the cause of most foodborne disease is unknown due to absence of proper surveillance and diagnostic programs necessary for detecting occurrence and identifying responsible pathogens. For the most part there isn’t proper documentation,” said Roopnarine.

Between 2002 and 2016, there was a 31 percent increase in foodborne outbreaks in 21 Caribbean Public Health Agency (CARPHA) member states. Caribbean nations have a high rate of street vending. Some countries require food safety badges but the programs are not properly monitored or regulated.

“Findings showed there is underreporting and under diagnosis of foodborne diseases, limited information on the relationship between foodborne illness and climate change, no epidemiological testing to determine microorganisms – people are just diagnosed with some sort of food poisoning unless there is a major outbreak, there is no monitoring of food handlers to ensure adherence to food safety practices, the economic cost of foodborne illness is a cause of concern for developing countries and multiple agencies are involved in food safety in some territories,” said Roopnarine.

Responding to climate change
Markus Lipp, senior FAO food safety officer, said the climate is changing as we speak and the food system is a dynamic network.

“In the Caribbean, it was reported that the current policy and food safety regulation is not prepared to deal with climate change on top of the standard challenges that everybody has with food safety. For many low and middle income countries preparedness is not at the level we would like to see or where countries would like to be, so they can proactively tackle climate change. Climate change and food safety has the complexity that there is not one ministry responsible but many ministries that need to collaborate to tackle the wide ranging problems,” Lipp said.

Vittorio Fattori, FAO food safety officer, said there is increasing evidence linking growing temperatures and higher incidence of infections caused by Salmonella or Campylobacter. Climate change is also enabling various species that form harmful algal blooms to expand to new areas such as Europe, which is not prepared to meet the associated toxin challenges.

Heavy metals being released during heavy rainfall and thawing of permafrost is another problem, especially arsenic in staple crops like rice. Methylmercury is an issue in terms of seafood consumption with levels rising in regions where water temperature is increasing. Mycotoxin contamination in staple crops like corn and peanuts is a health concern and can pose a barrier to international trade.

Fattori said it was important to be proactive on these issues.

“A foresight approach can be helpful in trying to be early in identifying issues and to analyze what possible solution may exist. This is important for national food authorities and something FAO is trying to promote. Our future in terms of food safety will require these forward looking approaches were, rather than relying on reactive measures that we know are of limited effect, we need to be proactive and bring together the different elements and stakeholders,” he said.